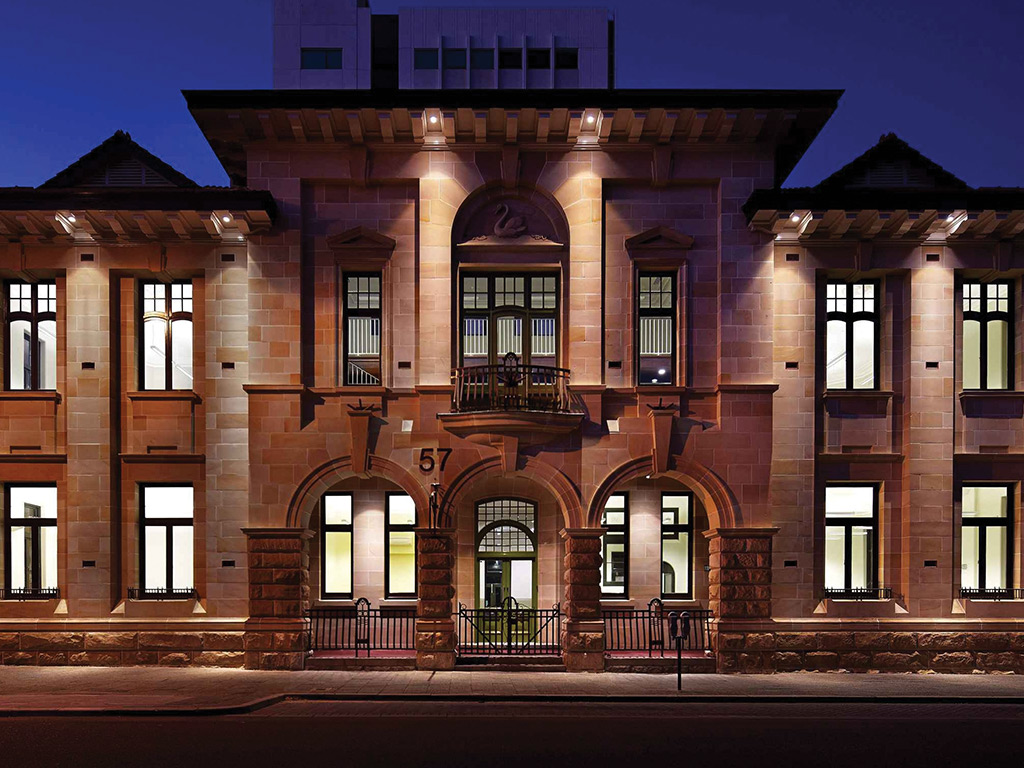 Project One – Conservation and Re-Adaptive Works 2013

Built in 1912 as the original Public Health and Medical Department, 57 Murray St, was the centre for Government bureaucracy, policy and innovation. The National Trust of Australia (WA) engaged Western Projects to complete extensive conservation and adaptive re-use works. Given the building’s high heritage significance, extensive effort was put into sourcing materials from original origins, installed using old world crafts. Marseille Roof tiles were imported from Marseille, France. Replacement capstone foundation blocks were hand pitched on site, and one of a kind plaster ceiling roses were meticulously re-created in situ, piece-by-piece, with what was remaining of the original from left intact. The National Trust recognised the importance of maintaining the integrity of the buildings heritage, while adapting it for a new life in the 21st century.

Following the success of the initial conservation works, Western Projects was contracted to perform fit-out works for the New Curtin Law School. As a preferred contractor to both The National Trust of Australia (WA) and Curtin University, we were able to apply our knowledge of historical structures, and with our Project Management skills to deliver a cutting-edge Fit-out. Working with IA Group and CHW Consulting, Western Projects delivered a new Law School, capable of engaging with students across the globe. In addition, service upgrades and fit-out works including a mock court room and new private practice chambers further diversifying the use of a previously abandoned iconic Western Australian building.