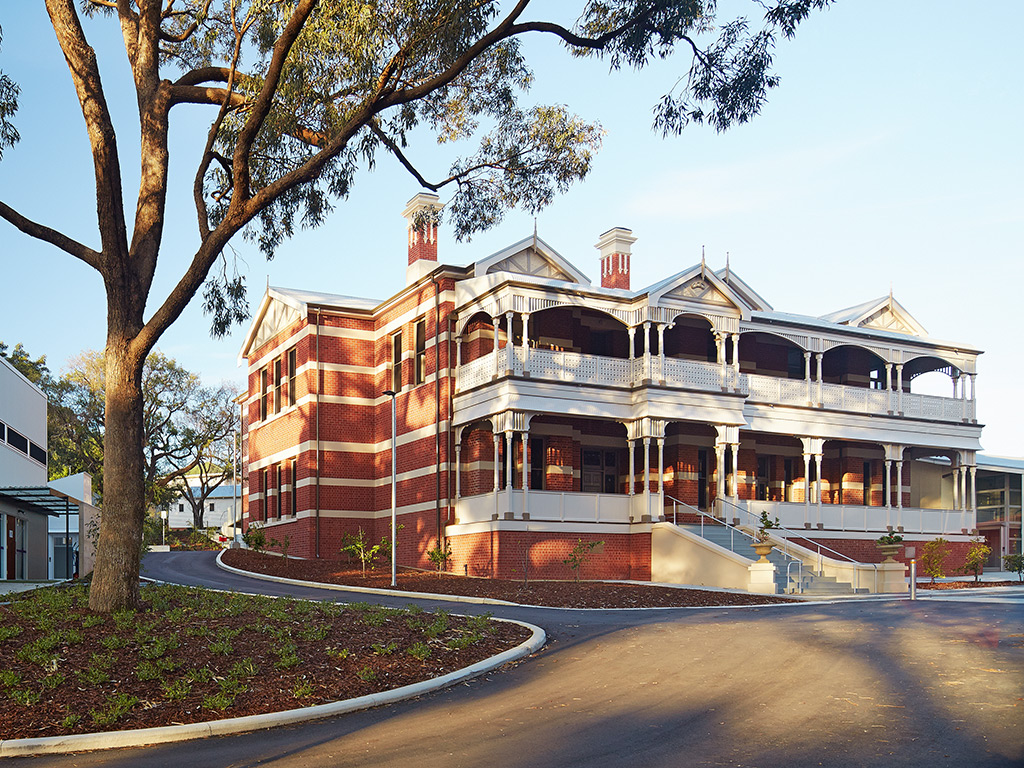 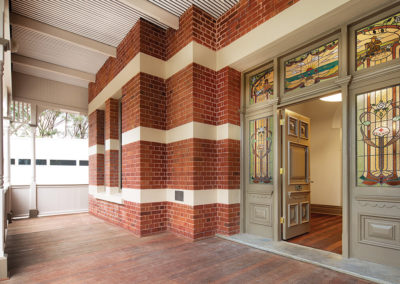 Built in 1905 by the Independent Order of Odd-fellows, Wanslea House, Cottesloe started out as an orphanage and has been a home for community care in Western Australia for 110 years. With the help of Lotterywest’s $6.5 million grant and a $1.6 million grant directly to the Cancer Wellness Centre, The National Trust of Australia (WA) and Bernard Seeber Architects contracted Western Projects to complete an ambitious development of the Heritage Listed property.

Major conservation works were completed to the Wanslea House building to include the impressive rebuild of the 2 storey Jarrah veranda to the front of the building. Western Projects sourced re-claimed Jarrah and engaged a team of 12 expert joiners to custom machine and re-build the structure. While maintaining as much of the original work as possible, significant architectural elements were installed by hand including 6 meter solid scaff-jointed Jarrah turned posts.

In total, five buildings were fitted-out for various local community groups to include construction of a new community hall to the rear of the site, a large extension to the two-story administration building and refurbishment of 2 additional outbuildings. Significant civil works were completed throughout the site, including car parks, new storm water systems, hard scaping and extensive soft scaping, while maintaining operation of North Cottesloe Primary School and Wanslea Kindergarten located on the same site.

Wanslea House went on to be awarded the ‘Gerry Gauntlett Award’ in the category of Conservation or Adaptive Reuse of State Registered Place, at the 2015 Western Australian Heritage Award. Western Projects was proud to be a part of the award-winning team that were involved in the project and recognised by the judges for “bringing this historical building back to life”